Technological trends affecting business between 2010-2019 cover five critical shifts in general and business technology that occurred over the last decade, helping small businesses to close the gap and compete at peak performance.

While we know the past is behind us, the last decade deserves a little fan fair as it was packed full of technological trends affecting business, life, and the world in general.

While there were countless technological advances in the last decade, there were three technological trends affecting business between 2010 to 2019 that really helped to close the gap between small and big business, making it easier to reach customers, compete, and profit:

THEN: At the dawn of the decade, 3G was allowing more people to access the web on-the-go but at very slow speeds, only 28.7% of the global population was online, and desktop computers with dial up internet still provided the smoothest connections.

However, with the rollout and standardization of 4G in 2010, things changed rapidly. 4G helped evolve smart phones into pocket-computer devices, making internet access a reality around the world, even in extremely remote locations. Out of all the technological trends affecting business from 2010-2019, mobile internet truly changed the world.

According to Global X, between 2012 and 2018, mobile networks spent over $1 trillion in capital expenditures to upgrade their networks. By 2017, mobile technologies and services accounted for 4.5%, $3.6 trillion, of the global GDP.

For small business, the introduction and eventual mass adoption of 4G was one of the most critical steps in closing the gap between small and big business.

NOW: In June of 2019, nearly 59% of the global population is online and the shift to 5G promises to increase that number dramatically.

THEN: Google, now a dictionary definition, started as a search engine and quickly evolved into not only the most accessible, sophisticated online search tool, but also a powerful tool for businesses of all shapes and sizes.

In 2009, Google at 11 years old had crossed a major milestone: More than one billion search queries per day, making Google the dominant search engine in the U.S. with 65% market share. In 2010, Google launched its first branded smartphone, the Nexus One. In 2012, Google reported an annual revenue of $50 billion.

With AdWords, Page Rank, and later, Google Analytics, Google presented a path for the smallest of businesses to compete against corporate brands through various techniques of getting their web pages on page 1 of a Google search.

Amazon survived the Dot.Com burst at the beginning of the new millennium, kicked off Amazon Web Services in 2003, and continued to grow successfully throughout the 2000s. Amazon, as most know, entered the eCommerce scene in its infancy and revolutionized the way the world shops, ships, and sells. As the Internet and smartphones evolved, Amazon has been front-of-screen every step of the way.

Throughout the last decade, Amazon has allowed millions of small businesses to sell products via their eCommerce platform, providing access to 14 markets around the world and billions of potential customers. Amazon’s 2 Day Free Shipping became a standard that is becoming increasingly easy for others to achieve.

As a technological trend affecting business, it is safe to say that Amazon from 2010 to now, reaching a $1 trillion market cap in 2018, is the most powerful eCommerce platform in the world.

With the Timeline as we know it only being developed in 2011, Trending Topics in 2014, and acquisition of Instagram in 2012, Facebook transformed from a 3rd party status posting page to a real-time newsfeed, a multifaceted business platform, and global fan favorite.

NOW: The business altering effects and economic impact of these three tech giants cannot be understated.

In 2019, Google helped create $335 billion in economic activity for 1.3 million businesses, and every month helps drive over 1 billion direct connection like calls and online reservations for business nationwide.

2.5 million 3rd party sellers are active on Amazon, contributing to the 353 million products sold on the platform globally. Amazon continues to reign supreme as the world’s most successful and profitable eCommerce platform, with plans to expand into more markets.

Facebook and Facebook Business have managed to survive and grow in spite of growing negative media coverage and user distrust. With over 2 billion monthly visitors, it is hard to see Facebook ever coming to an end. For small businesses looking to grow and access new customers quickly all around the world, the resilience of Facebook is still good news.

THEN: Big Data and The Cloud both rose to fame within the last decade.

While data collection has always existed, digital data collection and analytics became much more relevant as the Internet became more accessible to the masses. While it’s difficult to imagine now, big data only became a topic of serious conversation in 2013. According to IBM, 90% of all data was created within two years, between 2014-2016. Thanks to internet users, 2.5 quintillion bites of data are generated every day. Big Data is sourced from all walks of digital life and is now accessible, and incredibly valuable, to small and big businesses alike. The volume of data created by U.S. companies each year is enough to fill ten thousand libraries of Congress.

For small businesses, data collection and analytics influences decision-making, product creation, market expansions, internal operations, customer retention, competition, and on and on the list goes. Whatever a small business wants to learn about their customers, they can.

The Cloud was being experimented on in 2009 but has taken over the software development, business, and consumer world by storm. By the mid-2010s, the Cloud and Cloud Computing were rapidly becoming a potential “better way” for hardware and software applications. The cloud removed the need for businesses to maintain all of their servers on site. The cloud allowed personal users to safely and securely upload and store photos, files, and more without needing to print physical copies to store in home. The Cloud replaced software floppy discs and CD-ROMs with SaaS, PaaS, interactive websites, and app stores, while making it possible for a smart phone to function at the same level as a desktop or laptop computer.

As one of the most powerful technological trends affecting business, the cloud revolutionized business technology around the world, and very notably, helped small businesses reduce costs and operate more efficiently by removing in-house servers, on-site maintenance, and more safely by removing a great deal of potential risk involved with on-site servers. According to Tech Jury, small businesses find it 40% more cost effective to employ 3rd party cloud platforms than maintaining an in-house system and 94% of businesses using the cloud found significant improvements in online security.

NOW: Big data collection is normalized and becoming more and more important to business performance, with over 53% of businesses adopting big data analytics into their operations. According to The Entrepreneur, businesses that use big data see profit increases of 8-10 percent. By 2020, it’s estimated that 1.7 MB will be created every second for every person on earth.

The cloud is also here to stay and will only continue to grow and become more versatile in its uses. Since 2002, the cloud economy has tripled in size, and in 2017 alone, added approximately $214 billion to the U.S. GDP. Needless to say, businesses not operating within a cloud by the end of 2019, will find themselves there before the end of the next decade.

As we say farewell to 2019, there is much to look forward to. Technological trends affecting business will continue to revolutionize the way businesses operate, the way consumers shop, and the ways businesses sell and connect. Some technology comes and goes, but the ones who made this list helped lay the foundation for a leap forward into the future.

Small businesses in the U.S. have a very promising outlook as more plan to expand, penetrate new markets, diversify sales channels, reach new customers, and reap the benefits of a healthy economy. Stay tuned for our upcoming blog diving into the business technology that is predicted to dominate the 20’s.

Learn more about Acctivate Inventory Management Software by giving us a call at 817-870-1311 to talk about your specific needs or by simply completing the form and a specialist will contact you to discuss solutions.
Discover Acctivate
Start a conversation with a specialist today to learn more.
Or call us at 817-870-1311 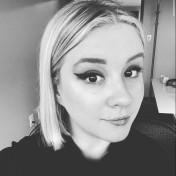 As a marketing communication specialist at Alterity, Ally is able to bring her passion for writing, speaking, and communication to life. Ally holds a bachelor’s degree in English from the University of Texas at Arlington.

Discover Acctivate
Start a conversation with a specialist today to learn more.
Or call us at 817-870-1311