For a third of the price of similar software, Acctivate does more and is much better.”
Herman Hoffman, President

In Xhosa, “Spaza” is the word for a small shop. Add “tainer” and you have a Spazatainer – a shop in a container.

Serving both commercial sectors and disadvantaged areas, Spazatainer has also specialized in crating temporary housing units from 12-meter containers for the city of Cape Town, where they are currently upgrading their low-cost housing units of flats.

The units are then rented out to low income families. Each family will live in one of the converted containers for about a month while their flats are being renovated.

“We offer a good value for their money and are usually the best quote around,” Spazatainer President, Herman Hoffman, said.

Providing a product that is a good value for the money requires a system that keeps costs under control by accurately managing inventory and increasing productivity by placing tools in the hands of business managers.

Prior to implementing Acctivate, the disconnected nature of spreadsheets and documents were holding Spazatainer back.

Hoffman said it was difficult to keep track of their inventory while using just Excel. Spazatainer previously had to run lots for their container management on Excel and their quotes on Microsoft® Word.

The inventory capability has helped them tremendously by saving time and providing accurate information.

Before, we had no way of tracking quotes or assigning uniform prices. Now we have a single process so we can both deploy our staff and control our inventory better,” Hoffman said.

What were the deciding factors in choosing Acctivate?

Hoffman said Acctivate’s integration with QuickBooks and affordability were two of the main factors that attracted them to the system.

For a third of the price of similar software, Acctivate does more and is much better.” 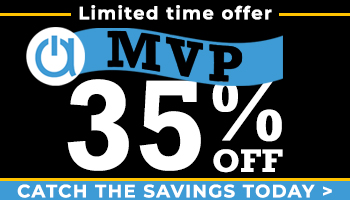