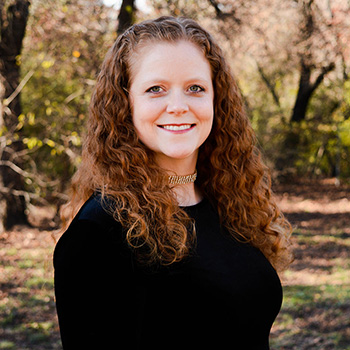 Lauren Stine is the Onboarding Manager for Alterity, Inc. Lauren is from Arlington, Texas and graduated from the University of Texas at Arlington with a B.S. in Accounting. Lauren considers herself both a big picture and detailed oriented person depending on the project or question at hand.

What Lauren values most about her role at Alterity is the success stories she receives from customers across a wide spectrum of industries she has onboarded onto Acctivate. Lauren is a great problem solver and being able to meet the different and varying needs of her customers brings her great satisfaction. Lauren also loves the friendships she has made over the last several years working at Alterity – it brings her pride to see such an amazing group of people with all sorts of personality types work together and bring success to Alterity.

When Lauren was little, she wanted to grow up to be a veterinarian but overtime the thought of having to put animals to sleep put a stop to that dream. However, Lauren is confident that as an adult she would make a terrible programmer.

If Lauren could spend the evening in conversation with a deceased person, she would choose three people instead of just one. Her table would include John F. Kennedy (Why do you think you were assassinated? Is there an afterlife? What were your plans?); Martin Luther King Jr. (Is there anything you would have done differently or advice you could provide to current movements?); and Amelia Earhart (What made you want to be a pilot? What happened on that fateful plane ride? How did it feel to be the first woman to fly solo over the Atlantic?).

In five years from now, Lauren imagines her family either building or living in a custom-built home at their current address with her daughter happily attending 4th grade. Between now and five years, she hopes to travel to many of the world-wide destinations on her bucket list and have a very detailed dive log almost full of all the new places she’s scuba-dived. What fascinates Lauren most about technology is that we are surrounded with all sorts of cool technology and information, but is disappointed that people mostly use the technology to consume products and pointless videos.

University of Texas at Arlington