The Challenge
An outdated, limited system not designed for future growth and not backed by a reliable system, like QuickBooks.

The Impact
Significantly improved warehouse operations by simplifying management of a high volume of imports and manufacturing. 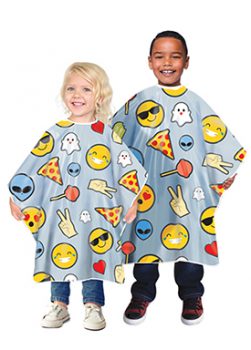 “We manufacture beauty salon supplies, mainly apparel. So, when you go to the hair salon, these are things like the cape they put on you or the apron/vest the colorist wears – we make all sorts of that kind of apparel here in a sewing factory. We also import a lot of hair color tools from overseas – bowls, gloves, foil, caps, stuff like that,” said Alex Leebow, Business Development Manager at Betty Dain Creations.

Betty Dain Creations was founded in New York in the 1950’s by Mortimer Leebow who named the company after his late wife, “Bessie Dain.” Betty Dain started as a manufacturer of shoulder pads for women’s dresses and jackets.

When a need arose for capes for local barbershops, Mortimer saw an opportunity and easily transitioned into the beauty industry as a beauty salon supply manufacturer.

Mortimer began traveling the eastern seaboard, selling capes shop to shop, and in turn, laying the groundwork for the future success of Betty Dain Creations.

“And now we are probably one of the largest beauty salon supply manufacturers in the nation,” Alex Leebow said. 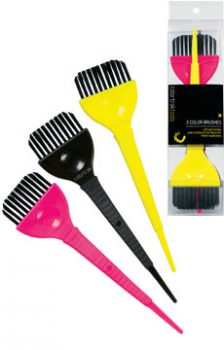 As a manufacturer and importer, Betty Dain Creations needed a modern solution that could manage production, importing, inventory, sales orders and more.

In 2012, I entered the business right at the start of a project looking for a new ERP system. We were using an outdated legacy system that was privately coded, privately created – if this coder IT guy who made this system happened to pass away suddenly, we would be in trouble. The program we were using wasn’t like QuickBooks or the Acctivate program with a big company name behind it.

So, I knew early on, we needed to move away from the legacy system. Plus, any tech support I needed, any new computer or user I needed to add, had to be done through an outside source who billed by the hour.”

One of the deciding factors for Leebow was Acctivate’s configurable system and the assistance provided from an Acctivate savvy consulting partner. 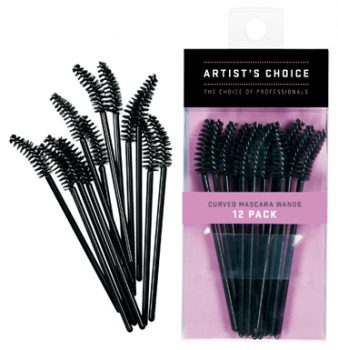 We needed some custom procedures created and Mendelson was able to code a specific widget for us, when another competitor software didn’t offer that type of customization.”

Where Acctivate comes into play, we use Acctivate from both a manufacturing production stand point and also an importing inventory control for purchasing on imports.”

We use the landed cost transactions. I even have a separate warehouse created that is sort of “the ocean warehouse.” If I buy a container worth of goods from China, as soon as it hits the water, I own that. So I receive into my ocean warehouse. At any point in time, I could look into Acctivate and see what I have on the water, what I have pending from the vendor on the PO and what I have physically in my warehouse here.”

With Acctivate, Betty Dain Creations has experienced excellent operational accelerations, with the added bonus of a talented customer support team.

With Acctivate, everything I needed to get done, it did. Inventory management, product, imports. We were kind of flying under the radar before – the system we were using before Acctivate was the equivalent to a 1990’s software.” 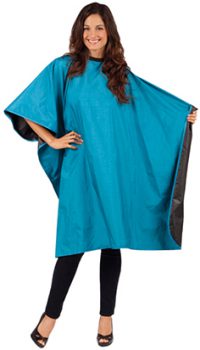 One of Leebow’s personal favorite features is Acctivate’s custom reporting through Crystal Reports.

I’m not a programmer by any means, but I haven’t had to use Mendelson in over two years because it is so easy to create custom reports in Crystal. If someone comes to me with a request, I don’t have to reach out to a third party and pay to have the fix done, when I can do a 30-second fix in half the time.

Keith from Mendelson appreciates that I try to solve things on my own, like reporting, before I reach out to him with easy fix questions.”

The import sales order feature is awesome. Whether you’ve got one sales order or a thousand, it’s one click, and then I can batch invoices with one click. I don’t have to sit here and enter in sales order after sales order. I just use the sales order import, export it to a CSV file, and import it.”

20 users were quickly trained on Acctivate without any hinderances.

From a user perspective, the visibility of Acctivate makes it so easy to use and teach to someone who is not very computer savvy how to use it. It is much easier than our older system would have been.”

A plus of having Acctivate is having customer support, someone who is going to be there. They may not be able to answer or connect remotely right away, but usually, if I have a problem I need dealt with right away, it’s done that day. It’s awesome. I haven’t had any bad experiences.”

Leebow summed up his thoughts on Acctivate in three words (mostly).

Acctivate is reliable, user-friendly, and… Infinity.”

Infinity because I really like how Acctivate thinks out of the box. If you have an idea someone could probably make it happen with Acctivate. I haven’t come to a point in time where they said, ‘Nope, this system cannot do that.’”