Acctivate is a much easier tool to use in comparison to our former inventory software.”
Jason Stuart, Logistics Manager 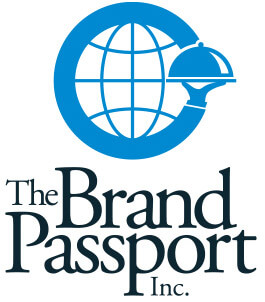 As a lean organization, The Brand Passport ensures that they have effective systems and processes in place and Acctivate has become a part of that.

“In comparison to some of our competitors that are our size, we are able to run a much leaner organization from a personnel standpoint simply because we have better systems in place and processes that we participate in with our 3PL warehouse,” Jason Stuart, Logistics Manager said.

Before Acctivate came into the picture, The Brand Passport managed operations with a system they borrowed from their 3PL. The addition of QuickBooks followed rather quickly and then they combined the use of numerous spreadsheets to manually manage processes.

“Then we decided it was very important to get an inventory management software system,” Stuart said.

At the time we were using an inventory software that competes with Acctivate. It was a good system at that time, but in two years we quickly outgrew it.” 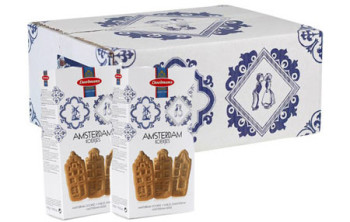 The Brand Passport launched in 2010. They began shipping a low volume to customers in 2011 and the next year in 2012 demand grew exponentially.

I was brought on in May of 2012. Since that time we’ve experienced explosive growth. We’ve been basically doubling our volume year after year.”

Challenges with their former inventory software 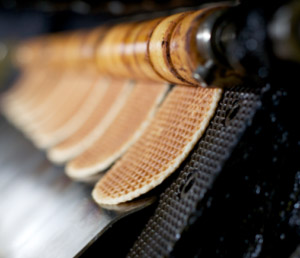 It was time for The Brand Passport to get an inventory management software that fully contributed to being a lean organization. They needed a system that could help them compete and support their growth.

“We ditched our former inventory software at the end of January 2015,” Stuart said.

Acctivate Inventory Management Software took the place of their other system.

Our previous inventory software had a lot of limitations. It would actually require us to add additional personnel, in order to manage the processes more effectively in terms of a time management perspective.”

With Acctivate, no additional personnel was necessary, in fact as Stuart stated,

“We are a very lean organization. I’m the only logistics person here. So, I do all of it. Our 3PL handles the transportation aspect for us. Our 3PL warehouse has a load consolidation program and basically all I do, using Acctivate now, I enter the orders into the system and then I send the pick tickets to the warehouse and they process and plan the shipments and move it out from there.”

Because there’s only so much bandwidth a person has, finding a tool like Acctivate I’m better able to manage my time. I can also grow my bandwidth because Acctivate has a lot of tools and in general the processes are just easier.” 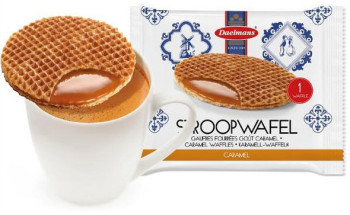 The Brand Passport imports and distributes cookies and other snacks from European vendors, including Daelmans, an international manufacturer based in the Netherlands and the worldwide market leader in stroopwafels (caramel waffles). The Brand Passport is the exclusive U.S. distributor for Daelmans.

The Brand Passport distributes direct to retail customers, as well as to other distributors, including McLane® and KeHE™. Walmart®, Target®, Kroger® and 7-Eleven® are among their customers.

We do two things. We sell branded products. We also manufacture private labels for some of the mass retailers in the U.S.,” Stuart said.

Stuart explained their business operations further going into imports and their 3PL.

“All the products are made in Europe and it’s shipped in mostly refrigerated containers to the U.S. Once it gets to the U.S. we bring the goods to our warehouse in Scranton, Pennsylvania and from there everything is shipped to customers throughout the country.” 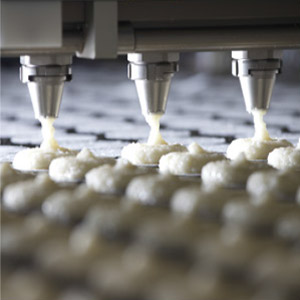 The Brand Passport has found true reporting capabilities in Acctivate through its Crystal Reports® integration, which enables them to customize reports to their specific needs. This was not so true for them before.

There were some reports that we were doing in the past that were very manual. They were all Excel® based and everything was entered manually. Now I can just take the data straight out of Acctivate.

Acctivate’s reporting functions are very robust compared to the competition, especially with the ability to utilize Crystal Reports and create some user defined reports. A lot of the competitors just don’t have that flexibility with regards to customized reports like Acctivate.”

“Reports for tracking lot numbers is a huge priority for us, obviously, because we need to know what went out and to who it went out to in case there’s ever a recall. Most of our customers have expectations to have product that is going to have a certain number of days of shelf life remaining on it.”

The Brand Passport has a custom report to handle this in Acctivate.

Now, I can just generate the report in Acctivate and it shows all the on hand and available inventory by lot code and the expiration date.

Also it highlights when these items are going to expire. If there’s less than six months remaining on the product it gives an idea of how close we are, because once we get to a certain point we have to determine other strategies on how to manage that inventory more effectively.”

I didn’t even use the lot feature in our former inventory software because it was a cumbersome process.”

“So what I would do in the past is I would track the lots on a spreadsheet from the 3PL warehouse’s website. The warehouse was shipping on a FIFO method, so I was depending on them to make sure they were doing everything right and not shipping any product that was past a certain date in order to meet the customer’s expectations of the dates that they require in terms of freshness of goods.”

With Acctivate I can see the lot codes immediately. I have visibility of the lot codes when I enter the orders and I assign it all. I am more in tune with the lot codes and the dating of the product that is available. Acctivate has really made that an easier process in general.” 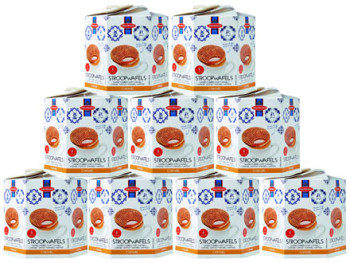 The Brand Passport stocks their inventory at their 3PL provider warehouse and the 3PL handles shipping the orders. Acctivate has helped to reduce the amount of work for the 3PL and has eliminated errors in the process.

“What I do right now is when I enter the orders, I generate the pick ticket right out of Acctivate and send that to the warehouse.”

So before, the process was just sending a copy of the order, but now the warehouse uses the actual pick ticket instead of having to do multiple layers of work.

The warehouse utilizes our pick ticket to ship the goods and to pull the product. This ensures they’re adhering to the lot codes that we request on the orders.”

The Brand Passport buys from some of their suppliers in Europe in Euros, so having comprehensive multi-currency support integrated with QuickBooks is key.

“In the past, when we had to do multi-currency it always involved us keeping track of the dates when we issued the PO and when we received the goods and it caused a lot of accounting adjustments.”

Now, thanks to Acctivate’s multi-currency function, it’s more of a seamless integration with the way totals are set up in QuickBooks and we can better track the cost. In other words, when we receive the goods I can enter the exchange rate into Acctivate that day and it captures that information right then and there.”

So from an accounting perspective, Acctivate makes the whole multi-currency a much smoother process, instead of someone having to go in and manually make journal entries to offset any differences compared to what the exchange rate was in a certain date in the past.”

QuickBooks integration: one way versus bi-directional

Because Acctivate has a sync feature with QuickBooks, the data is a lot more accurate between Acctivate and QuickBooks versus our other inventory software and QuickBooks. In the past, all our former software would do was export data directly into QuickBooks, but there was not a send and receive type setup between the two.” 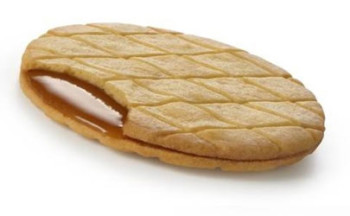 Stuart credited the bi-directional synchronization between Acctivate and QuickBooks for making it easy to make changes to landed cost entries if necessary.

Our former inventory software was a lot less forgiving than Acctivate. Acctivate is a lot more flexible. You can make corrections when you need to.”

You have the ability well into the future, if there was a surprise charge along the way somewhere that was left off of the original invoice from a supplier and you need to add that into landed cost, you can do that. Acctivate will go back in time and make all the accurate adjustments to reflect the landed cost for those goods however far back it went.”

The one way QuickBooks integration in their former inventory software presented challenges and took a toll on landed cost.

Whereas in our prior inventory software once you export something into QuickBooks that’s it, you’re done. Over time in that regard, you lose control over the accuracy of the landed cost feature in the other inventory software. You don’t have to worry about that really being a problem in Acctivate.” 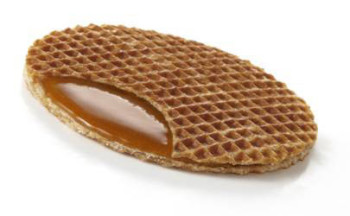 Stuart continued with the landed cost comparison between Acctivate and their previous inventory software.

To add landed cost in Acctivate it’s just a few clicks whereas in our previous inventory software that process was a little more time-consuming.

In our former inventory system, if the process took me 10-15 minutes to complete it would only take three minutes in Acctivate. It’s just a matter of entering the invoice and assigning it to the PO instead of having to go line by line and typing in the cost for each associated line with regards to freight, duty, trucking charges, those types of things.”

The Brand Passport is now able to calculate the real Cost of Goods Sold (COGS) with Acctivate by allocating the total landed cost amount across one or multiple transactions — purchase orders in their case. Acctivate also can do this based on quantity, value or weight.

Acctivate allows you a lot more flexibility to control your landed cost more effectively and more accurately, whereas our other inventory software really didn’t give you those options.”

The Brand Passport handles their Ex Works shipments with Acctivate’s Drop Ship add-on. These shipments are picked up by the customers directly from the factory in Europe with their own transportation.

Setting up the Ex Works shipments utilizing the drop ship feature makes it a lot easier process because there’s not going to be any issues of that inventory getting crossed in the system in terms of how it used to be with our previous inventory software.”

A lack of drop ship management in their prior inventory software 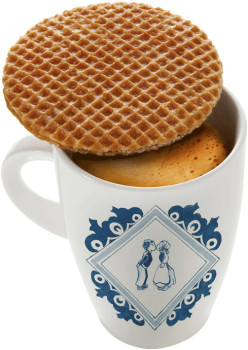 The Brand Passport worked with Lauren Stine, the manager of implementation to train and go live on Acctivate.

When asked how working with Stine was, Stuart replied, “excellent”.

The implementation process was a little different. With the other inventory software we spent money to bring a person on site to provide training. However, with Acctivate everything was done remotely with the assistance of Lauren and chat and sharing sessions. Lauren was able to go into my screen and help me with things if I needed it.”

Acctivate also has a tremendous library of tools for online help, so it really made the process a lot easier.

It looked a little more intimidating simply because I think Acctivate is a much more robust system compared to our other inventory software. However, once you are into it and once you realize how easy the processes are it really isn’t that intimidating at all.”

The implementation process with their other inventory solution proved to be more costly.

KIND Snacks recommended Acctivate to The Brand Passport.  They too are a food distribution company that moved to Acctivate to handle volume from explosive growth.  Read more about their experience.